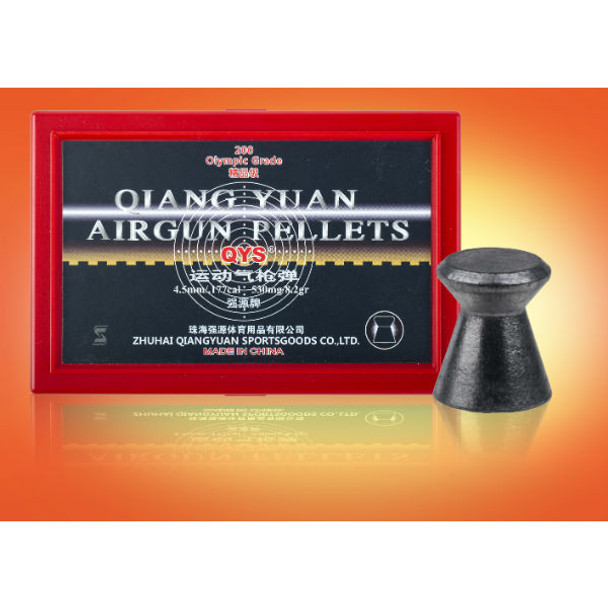 These Flat-Head pellets weigh 7.8 grains and show virtually zero weight variation pellet-to-pellet. The “Olympic” grades are individually hand-selected and packed in Styrofoam ‘trays’ of two sliding layers of 100 pellets each within a plastic box. They are available in two head-sizes, 4.49mm and 4.50mm. Fifteen years or so ago, very few shooters would have thought seriously of paying a premium price for hand-inspected pellets from the Czech Republic. Today JSB Diablo are amongst the market leaders. QYS intend to challenge that position.