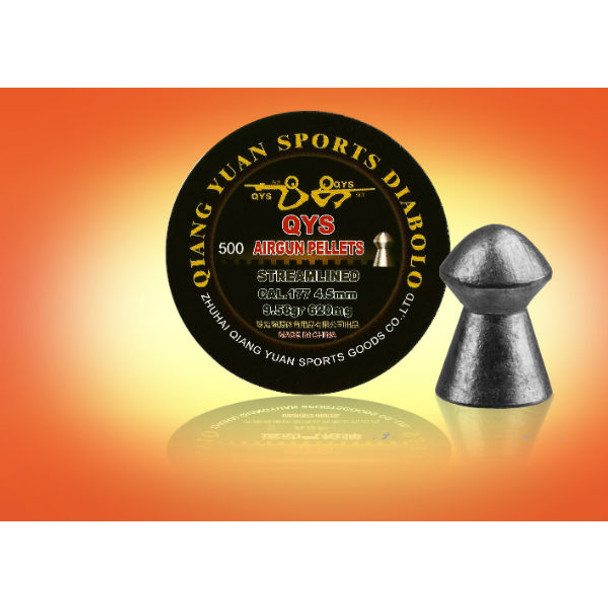 These individually selected and hand-packed Streamlined Dome-Head pellets are heavier weight 9.56 grains and show virtually zero weight variation pellet-to-pellet. “FT STREAMLINED “Heavy”Domed” come in 500 pellet-count plastic tubs and are optimised for accuracy at up to 50 metres. Fifteen years or so ago, very few shooters would have thought seriously of paying a premium price for hand-inspected pellets from the Czech Republic. Today JSB Diablo are amongst the market leaders. QYS intend to challenge that position.

MSRP:
Now: £13.99
Was:
Qiang Yuan Sports Goods (“QYS”) Olympic En Shooting Established in 1994 QYS developed their own technology and processes to rapidly produce some of the most accurate pellets ever...